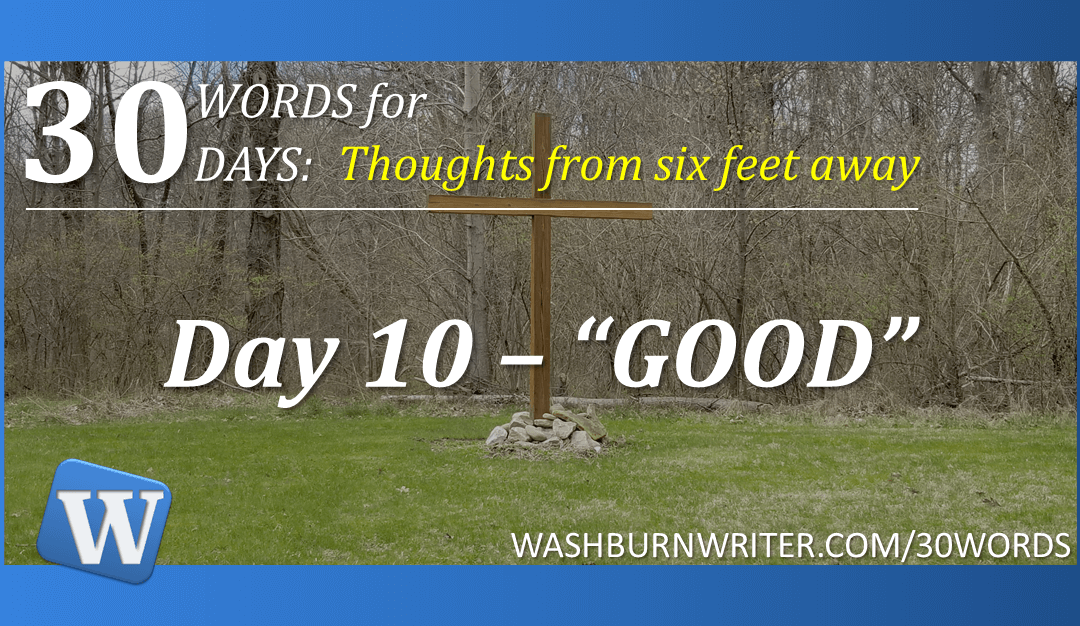 I’ve often wondered about that title.

It was always so confusing to me growing up.

I mean, you’re saying that the day that our Messiah was beaten, ridiculed, flogged, forced to carry his own instrument of torture, crucified and died… that… that was a good… day?

I can think of a lot of days that I would put in the good day category.

My wedding day. The day each of our children were born. Other highlight snapshots throughout my life.

But I don’t think I’d put that day in with all of those.

I know it was just as confusing to Jesus’ followers.

Even though He had told them that it was going to happen numerous times, they just didn’t get it and weren’t prepared for it.

I can’t blame them

Living under the rule of a foreign empire, longing to be delivered and freed, and then putting all of their chips behind one that they believed would restore things to their rightful place.

Only to see him arrested for nothing he did wrong and then ultimately killed.

An innocent man hung on a cross next to criminals.

Like them, I probably would have scattered the night he was arrested as well, afraid of what would happen.

Like Peter, at risk of his own life, I might have denied that I knew him as well.

There was a fear and an uncertainty that filled their first century air.

No one saw this plot twist.

No one knew what to do now that the path they had been on had ended abruptly and they were left staring ahead into the unknown.

They were without hope… and without their Shepherd and leader.

Why we can call it Good

Yet, there was One who knew the way the story was headed.

There was One who understood why it had to happen.

There was a God who knew that a broken world needed a broken body.

A world without hope needed Hope itself.

And it was that God who orchestrated the whole event.

He sacrificed what meant most to Him to make a way for us.

We can call it Good Friday because we know, as Paul Harvey so famously says, the rest of the story.

Good for you and me

We’re not so unlike those first century men and women.

Right now, we also are surrounded by fear and uncertainty.

And, like them, we also live in a broken world with pain, disappointment, loss, frustration, loneliness, and despair.

I don’t have to know you to know that you have a story that has had its own share of twists, turns, tragedy and brokenness.

But that is the very reason why he came 2000 years ago.

He came to rescue and save, to offer hope and a future, to provide healing and life.

But to get to Sunday… He had to pass through Friday.

To bring us new life, He had to offer His own.

And He did, willingly.

And that… is good.