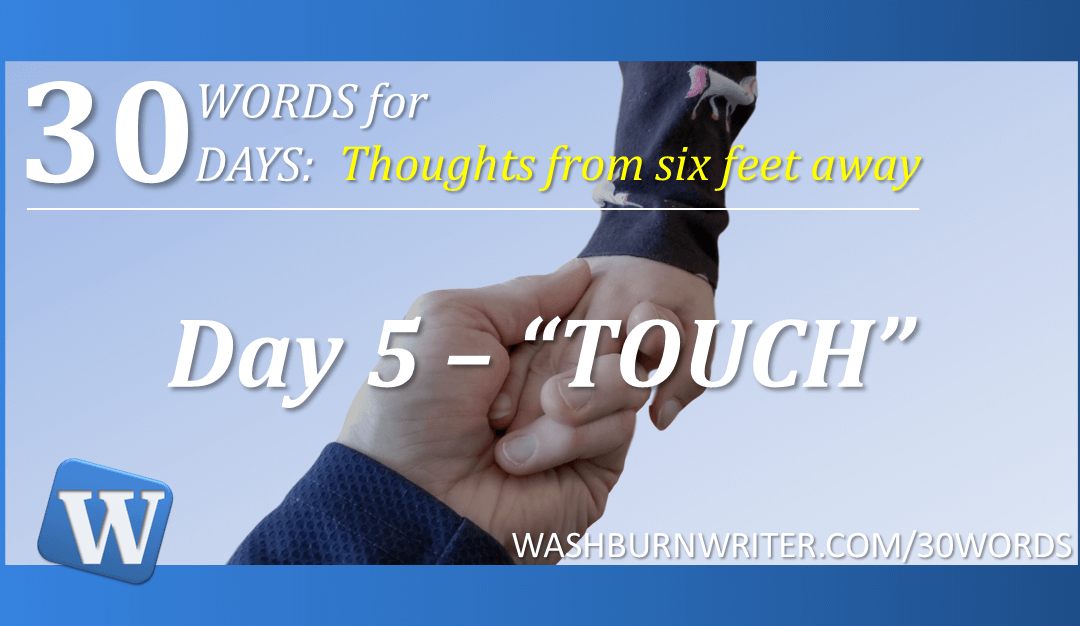 There is a power in the human touch.

It crosses racial and cultural lines.

Our need for touch

One the hardest things about our current isolation and social distancing and sheltering is the lack of that touch.

What we used to take for granted has become a need that is welling up inside us.

We were meant for not only human connection but also for physical connection.

A hug. A handshake. A hand held. A gentle touch. A fist bump. An embrace. An arm around a shoulder.

Each speaks volumes without any need for words.

Each conveys a message of value, love, acceptance, belonging.

One of my favorite stories in the Bible takes place in the book of Matthew, chapter 8.

It is the story of Jesus healing a leper.

I’ve always loved this story, but recently have found it even more powerful.

Back in Jesus’ time, if someone had leprosy (a skin disease), they were considered unclean and had to live away from everyone else.

For them, not only did leprosy mean a life of isolation but also a life without physical connection.

As the story goes, as Jesus was on his way a leper came across his path.

“When Jesus came down from the mountainside, large crowds followed him.  A man with leprosy came and knelt before him and said, “Lord, if you are willing, you can make me clean.”

Jesus reached out his hand and touched the man. “I am willing,” he said. “Be clean!” Immediately he was cleansed of his leprosy.”

As often happens in the Bible, a lot takes place in only a few short sentences and it can be easy to miss it.

This man was well aware of Jesus’ power to heal. Word had gotten around.

Who knows how long he had lived in isolation. Years? Decades?

In a desperate act, he bucks cultural rules and presents himself before the Healer, acknowledging both his own need and Jesus’ ability to meet that need.

This man, no doubt, wanted to be healed of his skin disease.

But he also wanted something deeper.

And Jesus gives him both. He could have healed him from a distance, as he had done before for others.

But there was something so powerful about the fact that he touched him… and then healed him.

I can’t imagine what that had to have been like, but I believe this clip from The Chosen does an excellent job of conveying it.

Jesus’ offer to us

Maybe you are feeling the isolation weighing down on you.

Maybe you are longing for that human touch.

Might I offer that you may be seeking something deeper today.

A touch from Jesus.

A touch from One who understands ever fear you have right at this moment.

A touch from One who wants to walk through the uncertainty with you, though He is not taken by surprise by it.

A touch from One who wants to guide you, provide, heal and restore.

Will you acknowledge your need for Him today?

He’s reaching out his hand…